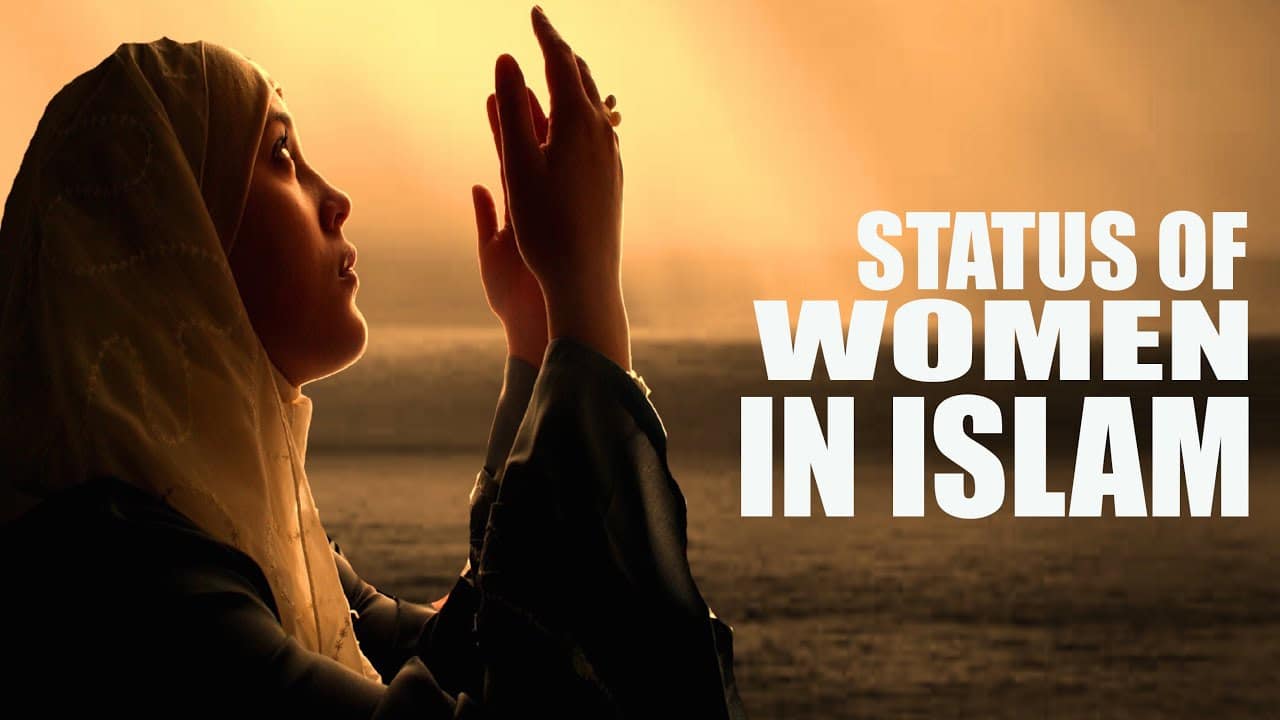 Islam is the only religion in the world that has eradicated the darkness of oppression and ignorance from the world of humanity and raised the voice of justice. The women who was the oppressed class in the time of ignorance and people considered the women sinister. She had no respect in society and the birth of a daughter was considered a cause of humiliation and disgrace for her. Islam has given her such a high rank that paradise will be beneath his feet and the father or brother who will nourish and raise her, will be rewarded neighborhood of Prophet Muhammad (peace be upon him) on the Day of Resurrection.

Islam not only gave the daughter a place of honor and respect but also gave her the right to inheritance. Allah Almighty says:

Allah commands you concerning the inheritance of your offspring that for a boy there is a share equal to two girls, then if there are only two or more girls then they have two thirds of this property and if he is single then Half for her. (Al-Nisa)

In the Holy Qur’an, where the rights of other social and social categories of women are defined, their rights as sisters are also stated. Explaining the right of inheritance of women as sisters, Allah Almighty said:

And if the inheritance is being distributed to a man or a women who has no parents or children and has a brother or a sister from his mother, then one-sixth for each of them. If those siblings are more than one, then all will share in one third. This division will also take place after a will that has been made without harming the heirs. Or after repaying the loan. (Al Nisa)

Before the arrival of Islam, some Arab tribes used to bury girls alive. And Allah Almighty  said,

“Whoever did not turns away from it, he will have to answer for it on the Day of Resurrection.”

And when, from the girl who was buried alive, will be asked for what reason was she killed? ( Al Takweer )

Right of Education and Skills:

Islam gave women the right to acquire knowledge. Human development and success depend on the status of women in Islam. No person or nation can live without it. Education is not only for men or any particular class but Islam has made knowledge obligatory for both men and women. Because he declared it obligatory to get knowledge about every lawful and unlawful, pure and impure, haram and halal and the fields in which they are associated. Islam opened its doors for both men and women and removed all obstacles and restrictions in the path for both to get an education.

Also Read: Women Hijab in Islam and its importance in English

Islam paid special attention to women’s training and skill development and encouraged them. As the Prophet (peace and blessings of Allah be upon him) said:

Seeking knowledge is obligatory on every Muslim man and women.

Islam addresses both men and women and has made everyone bound by the worship of Allah and the morality of Islam, which is not possible without Education. Without it, the status of women in Islam cannot protect their rights or fulfill their responsibilities. Therefore, the education of men, as well as women, is important.

So that the dignity of the women is preserved in all circumstances. If a woman gives money or land or property to her husband or her children of her own free will or gives it to someone, in this case, her breadwinning is still on her husband.

And the food and clothing of breastfeeding mothers will be the responsibility of the father according to the constitution . ۔ No one is harmed beyond his strength (Al-Baqarah 233).

It is known that both men and women are equal partners in the honor and respect that Islam has given to them and thus they are equal in reward in the Hereafter.

Women as a Nation Builder:

When we talk about the status of women in Islam, the women are once again going to humiliate. The world is being narrowed for her and her hereafter is also being ruined. Women are equally to blame for moving away from Islam. Women are a pillar of society, she is a nation builder for this Ummah. But it is possible through their training that societies are formed and developed. Without women, humanity is not complete.

It is a pitiable act that today some women are taking on the streets to raise their voices and call for the emancipation of women and challenge the laws and rights of Islam. In fact, they want pornography to spread in the name of freedom and want that the buying and selling of women to continue just as it was like in the days of ignorance. May Allah keep us, our sisters and daughters safe and sound and grant all Muslim men and women an understanding of religion. Amen!

The Importance and Meanings of Education in Islam